You are here: Home / Blog / Jeannette B 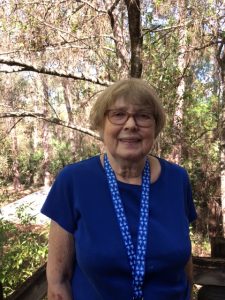 This month’s spotlight is on Jeannette, who was born and grew up in Durban, South Africa. After living the U.S. from age 2 to 10, Jeannette and her family returned to South Africa. Jeannette lived in South Africa during apartheid. Apartheid was a political and social system in South Africa while it was under white minority rule. This was in use in the 20th century, from 1948 to 1994. Racial segregation had been used for centuries but the new policy started in 1948 was stricter and more systematic.

These laws also inaugurated a new phase in the African National Congress (ANC) history. In 1952, the ANC launched the Defiance Campaign against apartheid. With a broadened base that now included women, it adopted the Freedom Charter in June 1955 which declared that South Africa belonged to all of its residents regardless of race.

A militant nationalist group insisted that South Africa belonged to blacks and formed a rival organization, the Pan African Congress (PAC). Both organizations became involved in anti-apartheid resistance and were subsequently implicated in a defiance campaign that provoked violent reprisals in Sharpeville in 1960. The Sharpeville Massacre where 69 protestors were killed by South African police who fired on 300 demonstrators, unleashed worldwide condemnation of the nation. In response, the government declared a state of emergency, and banned both the ANC and the PAC.

Jeannette was raised in the Swedenborgian religion, a religion founded by a Swedish man named Emanuel Swedenborg who lived 1688 to 1772. As a minister, Jeannette’s father ran a school for black ministers. His secretary was a black man. Jeannette suspects her father and his secretary were involved in ANC resistance activities. The police came to the house one night at 3 AM to inspect her father’s offices, found nothing and left.

Jeannette was aware of the demeaning effects of apartheid. She recalls being upset that the gardener was called “boy” and the maid was called “girl”. As a child she saw a sign on the school bus stop bench that read, “For Europeans only”. She said, “That does not apply to me. I am an American.”

Jeannette trained to be a registered nurse in South Africa. She comments that nursing school placed a big emphasis on hands on training and less on book work.

Jeannette and her husband and children have lived in Pennsylvania, North Carolina, Delaware and Florida. Her husband was the vice president of a large cotton mill in North Carolina and retired as the mills were moving activities oversees.

A Quaker nursing home provided Jeannette’s first exposure to Quakers. She worked as an aide there and had additional jobs in doctors’ offices. She did not work as an RN in the U.S.

Jeannette’s husband retired at age 57 or 58, followed by a move to Florida because two of their daughters live locally in Buckingham, FL.

Unfortunately Jeannette’s husband developed Alzheimers. Medications helped him for 6-7 years, and then he deteriorated. He loved attending Fort Myers Meeting, where people fussed over him. He died at the end of December 2016.

A grandmother 5 times over, Jeannette enjoys seeing her 2 daughters who live in Buckingham. Her grandchildren are local. Another son and daughter live in Atlanta. Jeannette loves to be in nature. She has walked in every park in Lee County. She is particularly fond of Corkscrew Swamp and the 6 Mile Slough.

When Jeannette connected with Fort Myers Monthly Meeting, she said, “This is my spiritual home.” She says she is not very fundamentalist and believes there is a spiritual meaning to life, and that Christ is within. She takes Quakerism as a whole.

If you are new to Quakerism, Jeannette advises you to get involved by joining a committee, come to the potluck lunches (the first Sunday of the month) and participate in religious education. Get to know people within the meeting. You will feel welcomed.