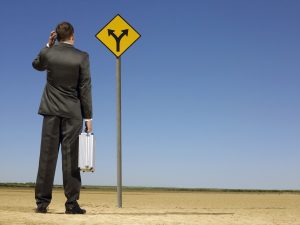 To discern: The main issue for discernment once you have decided that you want to be a Conscientious Objector is how to discern your path.

There are two main paths approved by the Selective Service System for alternate service your conscience will allow you to follow. Consider these choices as you discern your path.

The first is called 1-A-O, or “In the Military”. This requires the person to join the military, but is on a special track of non-combatant training and service during the term of enlistment. Such a person doesn’t carry or use a weapon, even in combat situations. Typical jobs assigned are medic, chaplain, or food service. Until recently, all the jobs performed by women in the military were on this track.

See the movie Hacksaw Ridge for an example of this role.

The second tract is labelled 1- O, or “Out of Military”. This track is entirely in civilian jurisdiction, and the person must do an equivalent time of alternative service (work of national importance outside of military), such as work in mental hospitals, prisons, or law enforcement.

COs are sometimes allowed to use their civilian skills in alternate service, and there have been some unusual cases of COs who were used for risky and unpleasant scientific experiments, such as the research on starvation during W.W.II. One group of COs was injected with the hepatitis virus to study its effects on humans.

The last step is to document. Learn about how to do that.