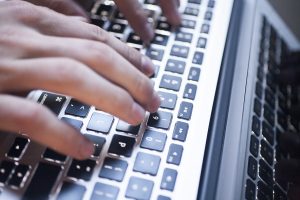 When you document your conscientious objector beliefs, it is probably a good idea to review the basic letter every year or two, as your ideas change and deepen over time, and the letter can be rewritten as often as needed. Each of these documents can be reliably dated by a technique developed by CO advisors, which consists of mailing the document to yourself, and checking to see that the post-mark is clearly legible. If it is, the unopened package simply needs to be preserved and presented to the Draft Board at the C.O. hearing.

In fact, there is no real need to send these documents to the draft board at all, since they are not read or evaluated by the Draft Board until all other steps toward being drafted have been completed, and, if sent, probably would not even be kept by Selective Service if the draft has not been re-established.

It is important that the potential C.O. keeps the documents. The Quakers of Fort Myers would be glad to scan the documents and keep them on the Cloud (internet storage) as a back-up until they are no longer needed.

The conscientious objector sends a letter to the Draft Board in the event the draft is reinstituted. When you document your conscientious objector beliefs, you explain the basis for the claim for CO status and give some background of those beliefs. This is the main component of a file, but there are many other documents that can be added to support the claim. These may include:

Let’s not exaggerate how much the Quakers can help young people avoid being drafted if they find that they are conscientiously opposed to war. We can help by

But it is not in our power to determine the outcome, we can only help. We urge potential draftees to use the resources of the national Quaker organizations that have prepared materials to help, and to consult with us or your local Quaker meeting for face-to-face support during this difficult decision.