The Selective Service System that administers the military draft and is an odd part of the federal government, made up of only 124 full time positions and 175 part-time positions for the whole country, including 50 part-time state directors, and one each for the territories of Guam, North Mariana Islands, Puerto Rico, and the Virgin Islands, plus the District of Columbia and New York City.

This tiny bureaucracy manages to register some 17 million young men for the draft, an estimated 92% of the males aged 18-25 who live in the U.S., who are citizens, permanent resident aliens, refugees, dual citizens, and undocumented (illegal) aliens. Their task is to focus only on collecting the names and addresses, to use in case a ‘national emergency’ requires rapid expansion of the Armed Forces, i.e., the resumption of the draft. No one has been drafted since 1973, and it would take a bill passed by the U.S. Congress, signed by the President, to reinstitute the draft.

In most states, including Florida, a bill was passed to automatically register all males of the right age when they apply for a driver’s license. This solves most of the problem immediately, and also updates their name and address for the Selective Service System if they move during these young adult years. The few who don’t drive can easily register on-line, and the very old-fashioned can obtain an application for hand-written registration at the U.S. postal service or their local library. All of these methods of registration are equally effective. 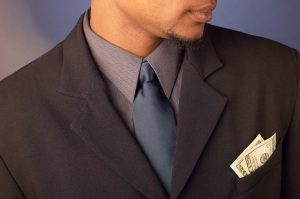 Failure to register is sternly punished, but not by the Selective Service System: young men must be registered to be eligible for student financial aid, government employment (including the post office), job training programs, and U.S. citizenship applications. Young men can verify their registration on line at https://www.sss.gov. Young women are not required to register, although women are allowed to enlist in the volunteer military service, and serve along with men, and could possibly be included in the draft if there is ever a national emergency that leads to reinstatement of the draft.

Quakers urge all young men to register, and to keep their address up to date until they are 26, because the penalties for not doing so are so great, and the risks are small. Registration does not increase your chance of being drafted: only undocumented aliens have any reason to avoid it, and the Selective Service System has no way of knowing which young men are undocumented from the questions on the registration form. Young men who want to establish a claim for Conscientious Objection should make and preserve documents that show that their commitment to war is long-standing and strong, but they don’t need to do that through the registration system. If this is your concern, see the next page of this web site, on Conscientious Objection, for concrete suggestions about preparation.

The actual Draft Boards that will administer the draft if it is ever re-established are each made up by five citizen volunteers appointed by the Director of Selective Service on behalf of the President of the U.S., based on recommendations from the State Governors. The term of office is 20 years, and most were appointed in 2000, so it is almost time for a new generation of draft board members to be appointed. Currently there are about 11,000 part-time, volunteer local, district, and national board members.