You are here: Home / Profile / Tom 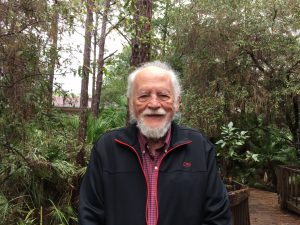 Had it not been for orchids, it is likely that Tom  would not have been a doctor.

Tom was born on July 4th. For years, he thought the July 4th celebrations were for him. Because Tom’s father was employed by the U.S. Department of Agriculture, Tom’s early years were spent in Florida, Haiti and Puerto Rico. After finishing 5th grade, Tom and his brother had the opportunity to go to boarding school in Michigan. Cranbrook School had a great reputation. Tom found living in boarding school was easy if you behaved yourself, and he was raised to follow the rules. He loved this Episcopalian school and left it at graduation to enroll in Harvard University. Although he originally planned to be a teacher, he got interested in medicine, but there were no scholarships available and his family could not afford to send him to medical school.

Tom’s grandfather developed a business growing orchids. After buying 25 acres of land near Miami in 1923, he found the land was ideally suited to grow orchids. His orchid farm became a tourist attraction, called the Orchid Jungle. Phillip Wiley wrote an article about this farm, which was published in the Saturday Evening Post. The year before the article came out, the business grossed $50,000. The revenue increased to $500,000 after the article was published.

Orchid money sent Tom to Duke University Medical School. The draft was in effect when he graduated in 1957, and since there were no paid internships, Tom joined the Air Force.   The Air Force eventually stationed him in Washington DC, where he served as a general medical officer for three years at Andrews Air Force Base.

While completing his undergraduate education at Harvard, Tom met and married his first wife. They had three children. Tom’s wife developed a panic disorder early in their marriage. Her condition was not well understood in those days and treatment options were limited. She spent much of her time hospitalized; Tom’s mother pitched in to help with the children. Tom made the decision to end the marriage shortly after their third child was born addicted to the illegal medications that his wife took.

“Diseases bored me but people did not”, he says to explain his growing interest in psychiatry. He completed additional training in psychiatry at the University of Miami, studying under a top notch faculty of psychiatrists. Many were physicians who fled from Cuba after Castro took over. Tom found that psychiatry was a great match for his desire to take care of people. He stayed on the clinical faculty of University of Miami for 25 years, while also setting up and running a psychiatric practice. He provided psychotherapy to patients, regardless of their ability to pay. “I was one of the few poor doctors”, he explained.

Tom and Nancy met when she was working as a psychiatric aide at the University of Miami Psychiatric Institute. Nancy was divorced at the time and had an adopted a boy named Jeff. Nancy was working on gaining admission to graduate school to become a psychologist. The chief nursing administrator of the hospital, who was instrumental in guiding Tom as a psychiatric resident, asked Tom to supervise Nancy. Nancy’s life changed when she got admitted to Florida State University.

After Nancy moved to Tallahassee, Tom and Nancy started a long distance courtship. Nancy completed her 4 year program in 3 years. Her major professor insisted she be married before she did an internship; Nancy and Tom were too busy to plan their wedding. The professor’s secretary made all the arrangements for their wedding – Tom and Nancy just had to show up. They continued to live and practice in Florida.

“I don’t want to go back to Sunday School”, Tom told his mother after his first experience at age 5. The uncharacteristically rebellious boy had no formal religious training until he was exposed to the Episcopalian Church in Haiti and in Michigan at Cranbrook. He found he liked the hymns and the music, but he started questioning some of the wording in the creeds. He omitted saying the parts he could not believe in until by the time he was a senior at Cranbrook, he could not agree with any of them.

At Harvard, Tom attended the Unitarian Church until he realized he could not endorse their support of some political issues. He became an agnostic.

Nancy and Tom lived on 60 acres of forest in Highlands County. Nancy began attending Ft. Myers meeting and Tom joined her at a meeting for worship 6 months later. The first time he walked into Iona House, he felt an overwhelming powerful feeling that he had come home. He did not expect this. It was like a lightening bolt. He discovered that Quakers had no specific creed – he could sit and listen to God.

Tom finds the Quaker values that resonate the most with him are integrity, community, peace and earth care. He got rid of his gun collection 4 years ago when he realized he could not shoot anyone.

“God opened doors for me.” Tom explained.  He used to think he was “just lucky” but he realized that his life was guided by more than luck. He wanted to care for people and God opened the doors so that he could.